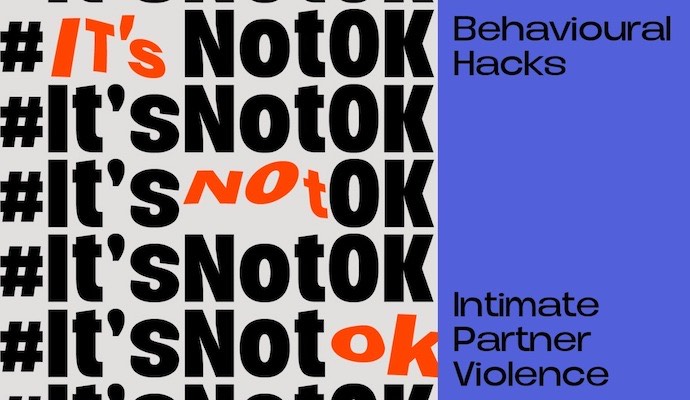 Lithuania is a small, high-income country in the north-eastern side of the European Union. In Lithuania, despite what mass media seems to imply, the majority of cases of violence do not happen in the streets or in dark alleys. They occur inside the home and between family members or couples. And unfortunately, they happen often – the WHO estimated in 2017 that more than one out of every three women (35%) worldwide has suffered from physical or sexual intimate partner.[1]World Health Organization. (2017). Violence against women. https://www.who.int/news-room/fact-sheets/detail/violence-against-women In Lithuania, domestic violence remains the second most reported crime[2]Gytis Pankūnas, LRT.lt. (2019). Domestic violence second most common crime in Lithuania. https://www.lrt.lt/en/news-in-english/19/1119436/domestic-violence-second-most-common-crime-in-lithuania, only surpassed by burglary. 80% of the victims are women³ that suffer physical, psychological, economic, and sexual abuse from their own “intimate partners”, such as marital, cohabiting, or dating partners. In 2020, more than 58,000 domestic violence cases were officially reported to the police over the phone[3]Official Statistics Portal Lithuania. (2020). https://osp.stat.gov.lt/en/statistiniu-rodikliu-analize#/, but only a fraction were registered as crimes. Presumably, the actual number of cases is much higher, as most are not even reported in the first place. And Quarantine has only worsened the situation with rates of domestic violence rising[4]Giedrius Vitkauskas, LRT.lt.  (2020). Street crime down, but domestic violence up during quarantine – Lithuanian police. … Continue reading and domestic killings more than doubling[5]BNS. (2020). Domestic killings double in Lithuania during quarantine. https://www.lrt.lt/en/news-in-english/19/1177111/domestic-killings-double-in-lithuania-during-quarantine. It’s time to act.

Majority of cases of violence do not happen in the streets or in dark alleys. They occur inside the home and between family members or couples.

Intimate partner violence (IPV) is a severe global public health, gender inequality, and human rights problem that is particularly difficult to tackle because it often happens inside the household, and it tends to require profound cultural changes in society to be recognized. The best laws, control, and punishment measures will not be fully effective if people do not change their norms and everyday behaviors as well. Unfortunately, numbers in Lithuania are not good in this respect: A recent survey from the Equal Opportunities Ombudsperson‘s Office (2019) showed that 41 percent of Lithuanians believed that women often provoke the abuse that they experience and are in a way responsible for it.[6]Office of the Equal Opportunities Ombudsperson Lithuania. (2019). https://www.lygybe.lt/data/public/uploads/2019/09/gyventoju_apklausa_smurtas_pries_moteris_2019.pdf

Intimate partner violence (IPV) is a severe global public health, gender inequality, and human rights problem that is particularly difficult to tackle because it often happens inside the household

Unfortunately, policy interventions and public health campaigns often fail to address the norms and other psychological factors that are behind behaviors linked to IPV. For this reason, in 2021 a group of volunteers from the Behavioral Lab LT and the Department of Psychological and Behavioural Science at the London School of Economics decided to partner with the Human Rights Monitoring Institute of Lithuania to explore innovative ways to transform norms and behaviors around IPV. We decided to focus on the expectations around economic (EV) and psychological (PV) intimate partner violence, which are incredibly harmful and even more common than physical IPV – and for which less information is available.

In the first phase of the initiative, we designed and applied the first representative survey focusing on economic and psychological IPV in Lithuania. The collected data shows how you are significantly more likely to experience PV/EV if you live in a big city, and how the acceptance of these crimes is closely related to your level of education (the higher the level of education, the lower the level of acceptance). Another finding suggests that those who have experienced these types of IPV are a lot more accepting of it than those who did not, a fact that is worth looking into.

We designed and applied the first representative survey focusing on economic and psychological IPV in Lithuania.

After data collection and analyses, we held a participatory online event in December that brought together citizens, academic experts, and policy institutions from around the world: the 2021 BehaviouralHack. In the event, participants discussed and explored ways in which behavioral science can inform creative interventions against IPV.

This year’s BehaviouralHack consisted of three main parts: First, national and international experts shared insights with the participants to introduce them to both theoretical frameworks and the topic of IPV. This included talks from academic experts on behavior analysis and change, and IPV around the world and in Lithuania. Participants were then introduced to findings from our data on social norms around psychological and economic IPV in Lithuania. Finally, they formed groups and started with the central part of the BehaviouralHacks: an evidence-based and participatory design of interventions to transform norms and collective behaviors. During the next two weeks, all groups came up with wonderful ideas, which they introduced in short five-minute videos. Expert judges made up of experts from different countries, practitioners, and officials from the Lithuanian government then rated interventions to find the winner team of the 2021 BehaviouralHack. 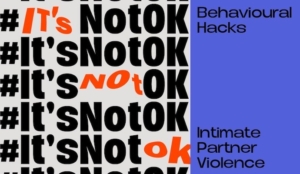 The BehaviouralHack 2021 concluded in an award ceremony in January 2022, where the top three interventions were presented to the public, and the winner was announced. The winning group, Team Change Architects, convinced the jurors with their proposal of three interrelated interventions designed to shift the public conversation from exclusively physical violence to psychological and economic IPV as well. Their interventions included a mass media campaign (#itsNOTlove) to illustrate the difference between love and abuse, the implementation of safe spaces around the country, and interactive activities to engage various members of society in the fight against IPV to become change-makers.

The second and third places (from Edward Atkinson and the IPV Intervention in Lithuania group) proposed to target men by designing a mass media campaign all revolving around basketball as there is extensive interest in this sport in Lithuania. They also suggested setting up a national talk show where men can voice themselves and talk about their concerns and worries, the survivors can evoke empathy, and all participants and viewers at home can get involved. 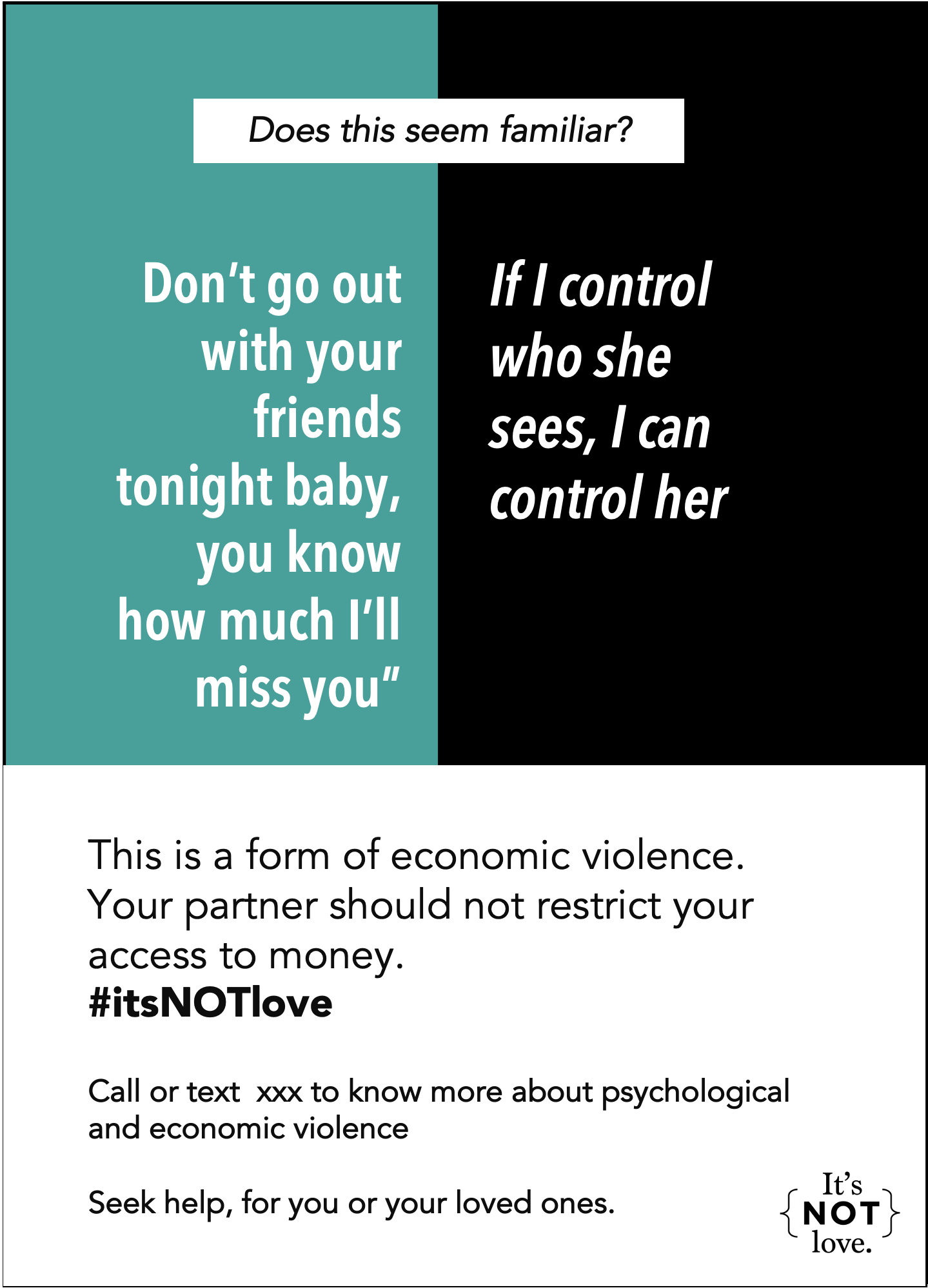 What’s next? In 2022, the project aims to publish research papers on the findings of the survey and work together with the members of the finalist groups to explore implementation avenues in regional workshops in Lithuania. Beyond IPV,the #ItsNotOK initiative and the BehavioralHack events are allowing us to experiment with participatory and evidence-based methodologies to better understand and explore ways to leverage behavioral science to tackle complex policy challenges in the real world.

Beyond IPV, the #ItsNotOK initiative and theBehavioralHack events are allowing us to experiment with participatory and evidence-based methodologies to better understand and explore ways to leverage behavioral science to tackle complex policy challenges in the real world.

If you’d like to join this effort feel free to get in touch at www.behavioural-lab.com

Thank you to the other members of the #ItsNotOK initiative (Maxi Heitmayer, Katherine Ziegelbauer, Ugnė Grigaitė, Eglė Žeimė, Angela Paola García Soler, Sania Ashraf, Anubha Tyagi), to our group of allies and advisors, and to the participants of the 2021 BehaviouralHack.

Lara Geermann is a student and works as research assistant for Paulius Yamin-Slotkus. She is Director of Engagement at The 3.5 Network, an initiative by the Behavioural Lab, and has been part of the “It‘s Not OK” initiative.

Paulius Yamin-Slotkus works as Managing Director at the Penn Center for Social Norms and Behavioral Dynamics, and is a PhD graduate and Visiting Fellow at the Department of Psychological and Behavioral Science, London School of Economic