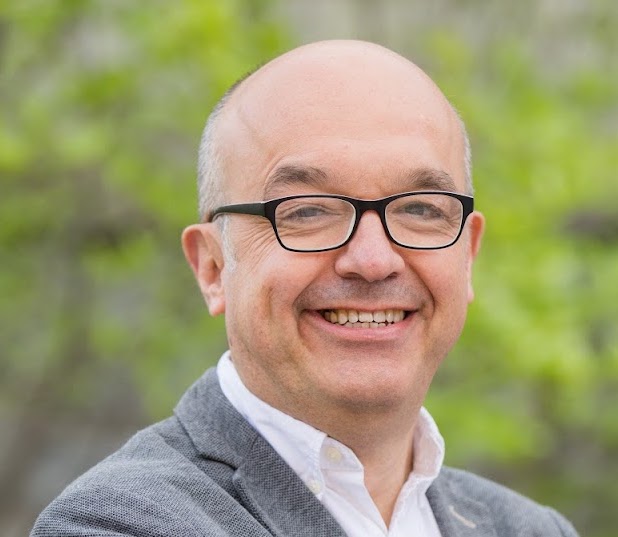 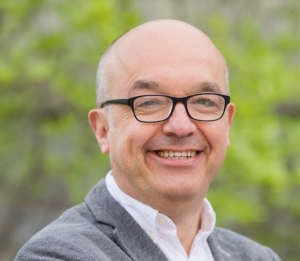 That’s a great question with an obvious answer, given my specialization in behavioral science being at the Center feels like a very natural decision! It was an easy decision because of how closely aligned my research interests are with Dr. Cristina Bicchieri and my other colleagues at the Center.

I have been interested in understanding behavior better since my Ph.D. I started by exploring psychological game theory models. These theories involve including beliefs of people in utility functions. I quickly realized that to generate value and recommendations for organizations and governments you have to look at the actual behavior of people. The modeled behavior of agents in these theories is a nice benchmark but in order to create meaningful change, one would need to look at real environments and run experiments to test these models. I started using game theory to understand how people behave in organizations, in markets, and especially with intergroup conflict.

I started using game theory to understand how people behave in organizations, in markets, and especially with intergroup conflict.

That’s wonderful! One of your projects is about conflict in Colombia and I’m excited to learn more about it. What got you interested in this area?

I have been interested in analyzing conflict using a variety of methods, and working with governments and international organizations. ​​Colombia is (sadly) an interesting case study for academics. The violence left deep physical and psychological wounds on an extremely large number of victims, mostly civilians caught in the middle of the irregular war. The 52-year armed conflict between the Revolutionary Armed Forces of Colombia (FARC) and the government officially ended with a peace accord in 2016.

Our project is a part of a long-term collaboration with a Colombian government agency – the National Learning Service (SENA). SENA is part of a peacekeeping mission in Colombia. They provide vocational training programs to vulnerable groups such as ex-combatants and victims of conflict. We help the SENA design policies and training programs, and this project was an interesting opportunity to test different types of intergroup conflict.

We help the SENA design policies and training programs, and this project was an interesting opportunity to test different types of intergroup conflict.

The government is very motivated to solve the problem. Therefore, it’s not a neglected problem nor is there a paucity of solutions. It’s just that for some reason, methods that work in other geographies don’t seem to work in India and we wanted to find out why. One hypothesis is that although local governments try to specialize solutions, the sociocultural barriers to toilet adoption are particularly strong in India, as the country encompasses culturally diverse regions with a multiethnic and multilingual population.

How was your approach different?

The first factor was our participants. Instead of groups artificially created in the lab, we had natural groups. This meant that our participants were real ex-combatants and victims. It gave us the opportunity to understand the perspective of people suffering a conflict that lasted over 50 years, as well as ex-combatants who were the perpetrators of this violence.

The second factor was our game-theoretic approach, using a public goods game. Games are interesting because in a sense they tell us a story. A public goods game is widely used to study cooperation and discrimination. They tell us how much people are willing to cooperate when other individuals are similar or dissimilar to them. They also have interesting implications, because cooperation in a public goods game does not result in individual benefits, instead, they result in creating a positive group externality where everyone benefits. These externalities can include creating wealth or resources simply by not discriminating!

Games are interesting because in a sense they tell us a story. A public goods game is widely used to study cooperation and discrimination.

For instance, if each person decides to put in 5k they would get back 7k each, and receive 10 + 7 = 17k in total. If they both decide to put in 0 they would have only 15k each. Finally, if they contribute 15k each, they receive 21k each. There is also the possibility of them contributing different amounts. Cooperation and contributing larger amounts is the optimal strategy given the returns one can get on the investment. We want to see how much each person gives across a range of situations and when paired with different people.

So how did you use this to understand discrimination?

Through a series of experiments, we were able to distinguish not only whether they discriminate but also why they do it.

What were the most interesting findings?

I think it was interesting that we included non-victims in this study. In Colombia both victims and non-victims have similar sociodemographic characteristics, however, victims are officially recognized by the government. We found that victims discriminate less against ex-combatants compared to non-victims! This finding is consistent with literature that speaks about inclusive victimhood, which entails the willingness of victims to end the conflict soon and give in.

We found that victims discriminate less against ex-combatants compared to non-victims!

What are some policy-based implications of your study?

We made recommendations for the design of programs at SENA. We realized that preference-based discrimination amongst victims is negligible and therefore focused on tackling belief-based discrimination. This meant changing the beliefs of what victims expected ex-combatants to do. Therefore, we developed anonymized programs to develop soft skills as opposed to educational programs. These anonymized programs ensured that the identity of ex-combatants was protected but it allowed both victims and ex-combatants to interact and get to know each other better. An example of this was designing a sports training module with mixed teams.

That’s very interesting! We’re excited to hear about the results of your study. Finally, do you have any famous last words?

The only thing I can say is that it is a privilege to work at the Center and change the lives of people. I enjoy working with government agencies because you realize when you’re writing models you’re satisfied, but no publication or paper will give you the amount of satisfaction you feel when you’re able to positively impact the lives of other people.

The only thing I can say is that it is a privilege to work at the Center and change the lives of people.

You can read more about Dr. Enrique Fatas’s work here