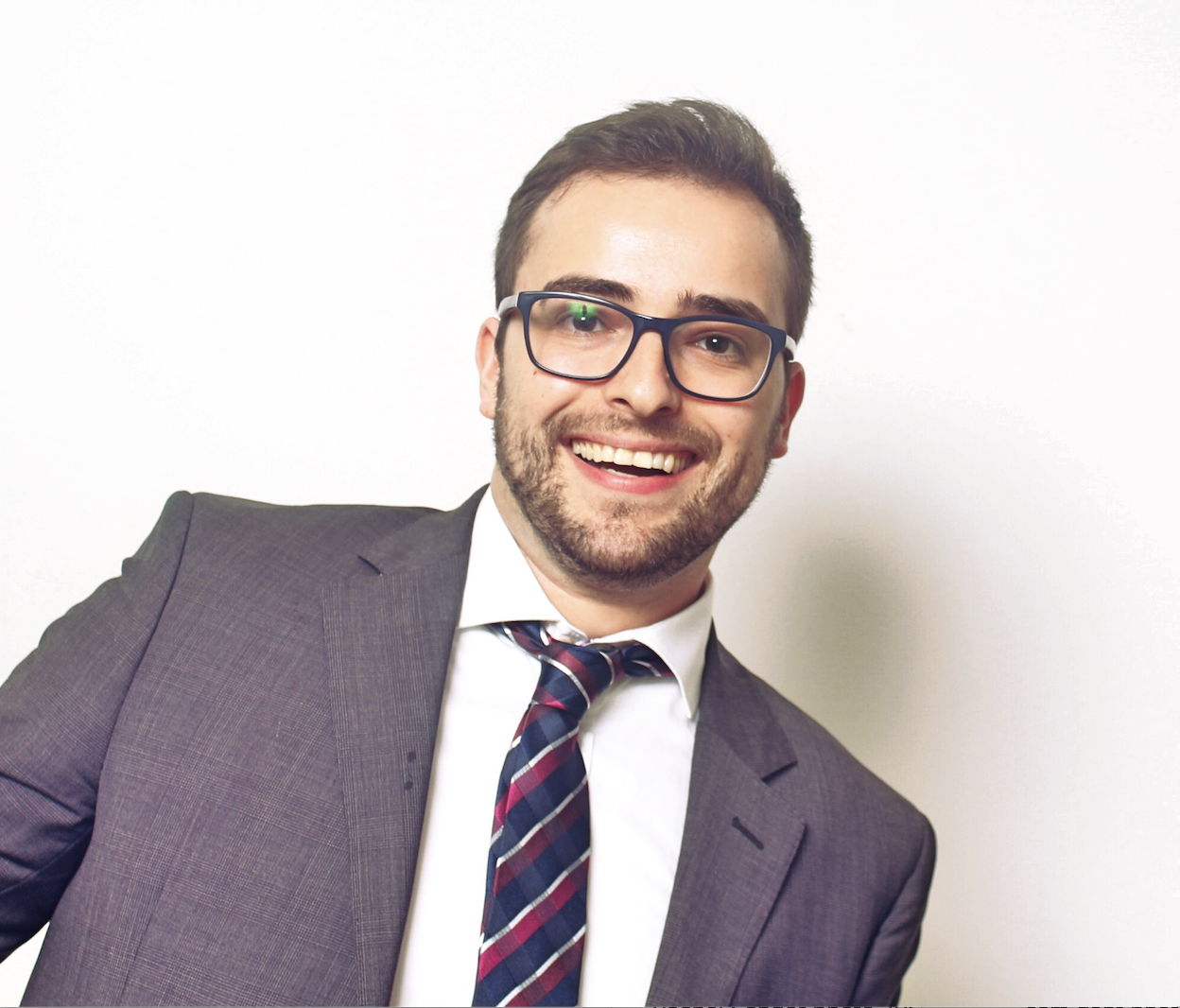 My core research interests are understanding what shapes existing behavior, how social norms contribute to current behaviors, and what we can do to change behavior. Initially, I have been focused on understanding the mechanisms behind deviant behavior such as corruption and crime. I realized that to get to the core of this behavior we need to study the role of existing and changing social norms. That is why I joined Cristina Bicchieri’s team and ultimately, the Center for Social Norms. I have since pivoted to topics such as the effectiveness of nudging (e.g., in the context of political polarization and increasing mask-wearing), erosion of norm compliance, and understanding the spread of misinformation, among other things. We utilize both empirical and experimental methods to study these questions. 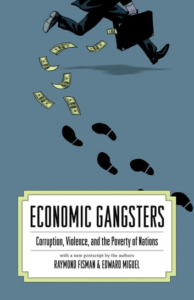 So what motivated you to study deviant behaviors?

Before I started pursuing my Ph.D., my mom bought me a book that made an impression on me. It’s called Economic Gangsters by Ray Fisman, and Ed Miguel. The book is beautifully written and it addresses scientific research in the context of criminal behavior. It’s similar to Freakonomics but a little more scientific and focuses on criminal behavior. That book motivated me to research how people make decisions regarding criminal behavior. I realized that group dynamics and environmental factors contribute strongly to their behavior, therefore it wouldn’t make sense to explore one without the other.

I realized that group dynamics and environmental factors contribute strongly to their behavior, therefore it wouldn’t make sense to explore one without the other.

That’s incredibly interesting, so segueing from that to your work, can you tell me more about your two recent studies, relating to political polarization and mask-wearing?

Definitely, my recent projects have been more closely related to political science than behavioral economics. As someone who is not from the US, I was shocked by the extreme political polarization when I moved here. For instance, I was intrigued by how mask-wearing attitudes are correlated with an individual’s political opinions. I started noticing these patterns on a broader scale. Recently, polarization was exacerbated by the divisiveness Trump had spread.

For instance, I was intrigued by how mask-wearing attitudes are correlated with an individual’s political opinions. I started noticing these patterns on a broader scale.

I wanted to understand how polarization affected social preferences such as trust, altruism, and cooperation. Interestingly, I thought of the title of the paper – Hate Trumps Love, before I came up with the research question! I realized that there are several questions related to the topic waiting to be studied. On the other hand, the mask-wearing study has two parts, one is understanding the behavior and the second is predicting ways to improve adherence to mask-wearing despite the current polarization.

Great! I would love to know how you approached asking people about their attitudes, and what was your method to elicit honest responses from people? Given that most people are not willing to speak freely about such matters.

It is difficult to study behavior in its true sense with sensitive topics such as political beliefs and discrimination. We use established experimental and behavioral techniques that allow us to get people to be more truthful than they would be in surveys. One way to do that is to ensure that decisions count by making them incentive-compatible. This ensures that people know their decisions will have a consequence. An example of incentive compatibility is providing participants with money to make decisions throughout an experiment. Economists have developed different games to measure social preferences and one of the most famous and simple approaches is the Dictator Game. This is usually with two parties, one party has all the money and the second party has none of the money. Following this, the first party decides what to do with that money. There’s no obligation to do anything with the money, they can decide to keep all of it, part of it, or none of it. They get paid based on their decision.

So did you use the dictator game in your polarization study?

I did. However, I was interested in understanding not only how nice people are in terms of this division of money, but also how harmful they can be to others. Therefore, for one of my experiments, I used a variant of the Dictator Game introduced by John List called Take or Give. In this version, the participant decides whether to take money or not, in addition to deciding whether to give money or not. This was a great experiment for studying polarizing behavior because I could understand not only whether people would abstain from being nice, but also if they were just being outright harmful and taking money from people.

I used a variant of the Dictator Game introduced by John List called Take or Give. In this version, the participant decides whether to take money or not, in addition to deciding whether to give money or not.

In one of my experiments, participants were randomly matched to someone who either has the same or opposing view of Trump as them. They then played this game where both parties have some money, and they individually decide how much they would take or give. I believe this mirrored the reality of decision-making quite well since it allowed participants to be helpful or harmful based on their beliefs.

One of the main insights from this series of experiments is that polarization is much more nuanced than what existing research suggests. It’s not always that you love your in-group and hate your out-group. Often people may say that they are nicer to their in-group but when it comes to behavior, they may not act it. The same can be said about the out-group. In all the experiments I conducted for this study, I realized polarization impacts social preferences and behaviors strongly. For example, I learned that while they want to cooperate with people who may not have the same political beliefs as them, they expect these people to not cooperate. Based on this expectation, neither party ends up cooperating.

What kind of implications do both of your studies have for companies or policymakers?

I believe polarization permeates deeply through all social environments. Even in the context of companies, since political beliefs are discussed often during watercooler conversations they can often create friction between co-workers and affect company culture. Similarly, policymakers could also gain an understanding of how polarization affects the selection or rejection of policies.

I believe polarization permeates deeply through all social environments. Even in the context of companies, since political beliefs are discussed often during watercooler conversations they can often create friction between co-workers and affect company culture.

For the mask-wearing study, the second part focused on whether people could predict what kind of nudge interventions would work to improve adherence to mask-wearing. Being more proficient in behavioral science allows you to make better predictions because these practitioners are aware of how often interventions can fail. Therefore, this forecasting study indicates that policymakers ought to introduce the step of evaluating interventions by behavioral scientists before rolling them out. Having this one extra step could save a lot of time and money.

That’s very interesting! We’re excited to see this research impact real-world decisions. Finally, do you have any famous last words? 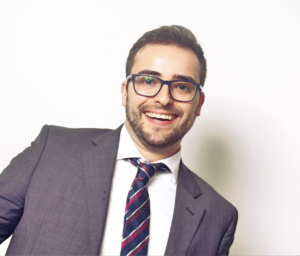 While the growth and acceleration of behavioral science is fantastic, I believe there needs to be a voice of caution, especially for practitioners. The interventions we execute affect people’s lives and their environment in often unpredictable ways. A recent paper by Cass Sunstein discusses the need to go beyond influencing behavior on average and taking care of people at the margins as well. For instance, we don’t need people of a lower socioeconomic background to start saving more money at the cost of other important expenses. Also, it bothers me that some companies use behavioral science to solely further business growth and experiment on people without their consent. I urge people to consider the spillover effects of interventions and move away from thinking of behavioral science as a panacea. I’m passionate about bringing this discussion to the mainstream because we underestimate the power of behavioral interventions and the possibility that they can create harm we are not aware of.

While the growth and acceleration of behavioral science is fantastic, I believe there needs to be a voice of caution, especially for practitioners. The interventions we execute affect people’s lives and their environment in often unpredictable ways.